Stumble guys (Fall Guys clone on mobile) is gaining so much reputation day by day. recently it become one of the most popular games in the mobile gaming market because of its nature.

As everybody knows, this game is the Fall Guys clone on mobile, and today we are gonna be talking about it.

Even if the Kitka Games company is not giving so much attention to Stumble Guys, it’s growing so fast, they are making updates every now and then, and those updates are not even big ones, just adding some new map from time to time, and some bug fixes.

Let’s find out the reason why this game is gaining so much attention despite all of this!

What is Stumble Guys? 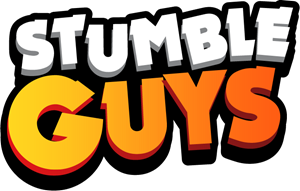 Stumble Guys is a mobile game developed by Kitka Games, and as I said before, it is a clone of the popular Fall Guys. The objective of the game is to be the last man standing in a battle royale-style match, and to do so, you must avoid obstacles and survive until the end.

Why is Stumble Guys so popular?

There are several reasons why Stumble Guys has become so popular in such a short amount of time. First off, the game is easy to pick up and play. There’s no need to invest hours upon hours into learning how to play the game; anyone can pick it up and start playing without any issue.

Another reason for its popularity is that it’s a perfect game for quick, five-minute sessions. It’s the perfect game to play when you’re taking a break from work or studying, and don’t have the time to commit to a long session.

Lastly, Stumble Guys is just plain fun. It’s a silly game that doesn’t take itself too seriously, and its charming visuals and humor is a breath of fresh air in the mobile gaming market.

There’s no doubt about it: Stumble Guys is dominating the mobile gaming market. It’s an incredibly fun game that’s easy to pick up and play, perfect for quick sessions, and has charm in spades. If you haven’t played Stumble Guys yet, I highly recommend you do so; you won’t be disappointed.

What are Stumble Guys gems?

If you want to dominate the Stumble Guys leaderboards, you’re going to need to start stockpiling some gems! Luckily, there are plenty of ways to earn them. Complete levels quickly to earn bonus gems, or take on the Daily Challenge to earn a big gem payout. You can also watch ads or complete offers to earn gems, or purchase them with real money.

No matter how you choose to play, Stumble Guys is a ton of fun! With its simple yet addictive gameplay, it’s easy to see why this game is taking the mobile gaming world by storm.

You can also get so many free Stumble Guys gems using so many methods that will give you so much advantage in front of your enemies, you can get so many paid stuff for free.

How to get free Stumble Guys gems?

Well, there’s a lof of methods to get free Stumble Guys gems, one of them is to finish surveys and to install apps, do you know the methods where you can earn money by downloading some apps or finishing some surveys, this one is pretty much the same.

Basically you can get an X amount of gems to finish some survey or to insall and register in an app, but this one is much better than earning money, because you are gonna get a lof gems for a 3 minutes survey, how cool is that.

Free Stumble Guys gems tool will allow you to earn 10,000 free gems to finish 2 tasks, yes, you heard it right, 2 tasks, and those tasks won’t take more than 8 minutes.

Tips and Tricks to always win in Stumble Guys

Every stumble guys player ultimately starts thinking about how to win in the game.

The first step to start always winning in Stumble guys is to have a lot of gems, seriously, if you don’t have enough gems, you will miss a lot of stuff, for example, a lot of items in the Stumble Pass will be game changing for you.

For example, the punch ability, imagine people who are buying would be able to punch you, and you will in front of them without this ability, it won’t be fun, i’ve been there, i’ve done that.

The second step is practicing, you should play a lof so you will be able to know some shortcuts in every map that only professional players know, that would be fun, and you will be a lot of crowns.

The third step is to get amazing skins, they actually play on the psychology during playing, if you have a special skin, you will be able to play much better than someone who have an epic skin, there’s so much difference, so make sure to get the free Stumble Guys gems to get some Special and Legenday skins.

Stumble guys is actually a lof of fun, and like i said, it’s dominating the mobile games market because it is Fall Guys clone, Fall Guys become so popular, people who don’t have good laptops weren’t able to play that game, so Kitka Games used that advantage, and made a game that everyone could play anywhere.

Need A Personal Loan, But Have A Low Credit Score? Here's How To Avail One